Growing a Lot of Accounts to Go Viral

The advice you often hear when it comes to growing your social accounts is to just get started. We wish we would be lying when we say that there are a lot of people who think they can just create an account, post some content on it and watch it magically grow.

What usually happens after some time, is the reality slap when they realize that it is not growing as fast as they expected it to grow.

After that at least one of two things happen. They either:
– Keep posting the same type of content
– Stop posting at all and say that it’s not working for them

What’s most likely the case is that they never studied how it works. Just like getting a degree, understanding social media takes time. At first, it all looks the same. But after a while, you start to see what has a higher chance of working. If it all still looks the same to you, you’re not seeing it yet.

This again does not mean that it will work for everybody. Some niches are saturated or hard to target. But what we always like to do is increase the odds of it becoming a success.

In this step by step guide, we’re going to show you how to grow massives amount of accounts on most of the major social media platforms.

One reason is that it’s fun to watch stuff grow.

But the main reason is so you can expand on what you thought was possible in the online world. Hopefully, you’ll even share some awesome methods with us in the future.

Nowadays, besides quality, you need to think of creative ways to gain traction.

You can burn a piece of paper to start a fire or pour a massive amount of gasoline on it. Both will create a fire, but one simply burns quicker than the other. We’re here because we like gasoline.

Engagement is the holy grail in the online world. is one of the leading indicators to show the big platforms that your content is wanted by a lot of people.

Your goal will be to increase your engagement to the accounts you want to grow.

What we’re never going to do

Now we’re not talking about buying fake likes or followers. Never do that to your accounts. I’ll explain in short why this is toxic to your social media accounts.

If you have 100 followers and 10 engage with your post than your engagement is 10%.

Buying fake followers and increasing it to 1000 followers where 10 engage with your post decreases your engagement to 1%.

The social media giants see that as a red flag and as a result your account will become next to worthless.

The problem with fake likes is that it looks really unnatural to most algorithms. Buying fake likes is like throwing a house party for a couple of friends where on the day of the party hundreds of uninvited people show up. You might have a fun time while the party is on, but as soon as everybody leaves you’re left with the damages.

You simply don’t want certain accounts liking your post. They’ve already built up a (bad) reputation. If out of the blue they suddenly start liking your pictures, you can bet your ass that you’ll start building a bad reputation.

Don’t worry! We’re going to make this guide as beginner friendly as possible.

What we’re going to do:

We’re going to be growing a lot of accounts the right way. It’s going to be your own little army of legit social media accounts. You’ll use those accounts to grow and promote your main account/content. Pretty straightforward right? So, what are the steps we’re going to take?

Yeah, we know. What in the world is a VPS?

The tool that we’re going to use in point 3 needs to be running 24/7 and uses Windows as its operating system. (Sorry Apple but your market share is not big enough.) Since you don’t want to leave your own computer on 24/7, you can decide to take a Virtual Private Server (VPS) which is basically a (Windows) server in the cloud.

This online Windows Server will be on 24/7 and you’ll be able to access it from your own laptop or computer whenever you feel like it. So yes, it’s basically a second computer on your own computer/laptop, but in the cloud.

Depending on how many accounts you want to grow in one go, you can pick one of the servers on GreenCloud.

As a general guideline, with moderate actions for each account, the following should help:

Each and every house or company with a connection to the internet has it’s own IP address.

Every time you create an account on one of the social media platforms, they log your IP address. This is to make it harder for people to abuse the system since you can’t create an unlimited amount of accounts on your own IP.

This is where proxies come into play. Each proxy you buy will be connected to one social media account. We want to make sure that each account looks and works just like a real human would act.

The proxy provider that we’ve had the most success with is Highproxies. There are others like Squidproxies and Instantproxies that also have reliable proxies, however in combination with the tool we’re going to use Highproxies seems to be the best option.

You can hate automation, or use it to your advantage.  One major problem with using a social media platform for your business is that it takes up a lot of time. Especially if you have to maintain more than one account. All the repetitive tasks like retweeting/liking/sharing content will tire even the most dedicated account managers.

You have to remember that Instagram has been here since 2010. Try posting every day or every other day for 8 years and tell me how you’re keeping up.

Big companies hire people whose job it is to maintain their social media accounts. You’ll be fighting a steep uphill battle to win from these businesses.

That’s where Jarvee comes in.

Jarvee is a social media automation tool. It handles all the repetitive tasks you need to perform in order to grow your social media accounts with real followers.

You’d be surprised how many people check who likes their pictures. Once they come on your profile it’s up to your content to convince them to follow you. This means that while Jarvee is working 24/7 on the background, you can focus all your attention on creating great content.

We will be writing a post about all the settings we have for some of our accounts. But for now, I’d encourage you to Google what the optimal settings are for your account. Let me repeat this so you don’t lose your account: Do not turn on the tool without knowing the limitations of the social media platform.

We encourage you to subscribe to our newsletter so you can be the first to see the right settings for Jarvee.

Of course growing your accounts is awesome. Once all these accounts start growing you can use them to include a post from your main account every once in a while. The followers of all those other accounts, which are basically you’re followers are now introduced to new content.

One last tip. If all the accounts you’re growing are in the same or overlapping categories that would be even better.

If you’re in the food category make sure you find as many related food niches that you can find and let every account target their niche. Then every once in a while you reshare something from your main food account so it looks really natural.

Let us know what you think of this method or any twist you found while trying it out.

Why you need to build a visual funnel

How to Disable PayPal’s Currency Conversion and Save...

Do oxylabs proxies work with this? I have access to a pool of these proxies would like to use it for this purpose. Do you need private / residential proxies or any type work for this?

Hi Scarlet!
We’ve never used Oxylabs proxies. But, if the proxies come with a username and password, they should work correctly.

We’re using private proxies and they get the job done but both private and residential proxies should work. As long as you’re not using shared proxies you should be good.

Let me know if you need any help! 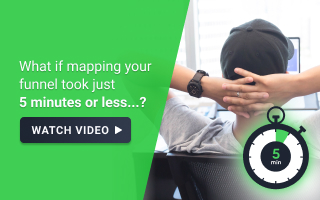 We’re a savvy group of growth hackers. Our main focus is to find the best way to achieve a better result. The right (combination of) tools for your business give you the ability to improve your workflow. We’re here to help you find them. More about us? Click here

An important note about affiliate advertising: writing and updating the reviews in our blog involves a lot of time and effort! So to finance this, we sometimes include affiliate advertising links in our posts. This means that if you buy a product or service after clicking on a link to a product featured in one of our reviews, we may receive a commission on the sale. This will be of no extra cost to you. You can view a full list of the products we receive a commission on here.